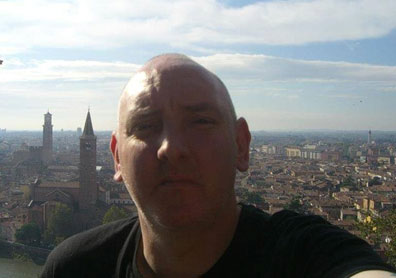 My name is David Kennedy and I am a 45 year old writer and musician from Glasgow, Scotland. I have also lived in Italy and Spain. I have many interests which include reading, architecture, film making, animation, sound scape, cut up theory and practice, Buddhism and of course, music. I also try to speak a little Italian when I can and like to play guitar.

I am now currently developing a live show with electronic music and large scale video projections called BYOA. BYOA stands for Be Your Own Artist.

My first album, The Infinite Mirror was made available on-line in 2013. Here is the synopsis for that album: The infinite mirror started as a single sound, a seed from millions of threads, which grew into the album you are now listening to. In the software I created pyramid shapes by cutting and pasting the music, thus creating ‘The infinite mirror’. From that came the idea of basing the songs on the building of the pyramids at Giza as they may or may not have been built to mirror the central belt of the constellation of Orion. So this gives us five points of reflection from the five points of the constellation of Orion. Each of the songs has five sounds and those five sounds are repeated throughout the whole album, there are no more than five sounds on each song. As the album evolves, the sounds evolve with this, first as the pyramids are built, then as the images are sent out over space and time, after this there is a moment of contemplation as the constellation of Orion ‘reads’ the images we have built in their honour and finally there is a reply from Orion, back to us here on Earth.

Each of the first five tracks are built up from the same five sounds, although through cutting, pasting and moving they each sound different from the other. This concept was built from the idea that the pyramids themselves were all made from the same materials yet they are different in size and shape.

The final three songs on the album are an interstellar conversation between mortals and the immortals, between the earthbound and the heavenly bodies where the ancient Egyptians believed the soul was delivered to when you passed on. In song 7 there is a dialogue, these are the words spoken in that dialogue:

That the pattern of stars that is frozen on the ground at Giza in the form of the three pyramids and the Sphinx represents the disposition of the constellations of Orion and Leo as they looked at the moment of sunrise on the spring equinox during the astronomical Age of Leo; the epoch in which the Sun was housed by Leo on the spring equinox, like all processional ages this was a 2,160-year period. It is generally calculated to have fallen between the Gregorian calendar dates of 10,970 and 8810 BC.


My second album, Mosaic, came from the idea to draw onto a canvas of sound. The idea for the album came around after a visit to an exhibition of John Cage’s art work at Glasgow University. There was no music at this exhibition but I was inspired to write these songs by the art work from Cage and I made an obvious connection that I could ‘paint’ simple drawings on to the ‘canvas’ of music that cubase creates. So I designed a ‘flat’ body of music and ‘painted’ on to this body simple and abstract ideas and shapes to create the final tracks.

In effect it is the silence in the tracks that makes each song different. The final song called ‘Unmade’ is in fact, the first song I wrote although I reversed the track to un-make it.

Through the use of the grey areas of silence and muting certain tracks in every piece of music the construct of the album slowly took on its own form and shape, resulting in this dark, ambient piece of music you now have before you.


My first book, Afterwards, published in 2010. Here is the synopsis from the book: In a dystopian future the year is 2050; it's the narrator's 50th birthday. William Kenneth Ian Right is a downtrodden man. He lives alone with the cracks in the ceiling, angles, pie charts, and the traffic outside his window and the darkness within his four walls. He has been beaten in his life into a shadow of his former self, he casually and uninterestingly floats around his apartment, ghost like, eating and sleeping and thinking, living off 'The State'. Suddenly he decides he wants to end his life and knows what to do; he calls 'The State' to arrange his death and funeral. This story, Afterwards, is a detailed account of the last 5 days of William Kenneth Ian Right's last week on this planet. He arranges his assisted suicide and funeral, he visits his family, he has a 'Freedom Day' and he prepares his apartment for the next occupant. Then comes his final day, his execution, his judgment day. Set over a century in the future, this story travels through time highlighting the evolution of politics, the destruction of man and the ultimate question of faith. Does God exist? What if there is no God? What if science were the saviour of the day? What if science could resurrect you? If you had another chance, if you were dealt the same DNA cards over again and if you knew what lay beyond, what would you do, Afterwards?

Releases by David Kennedy on Zenapolæ 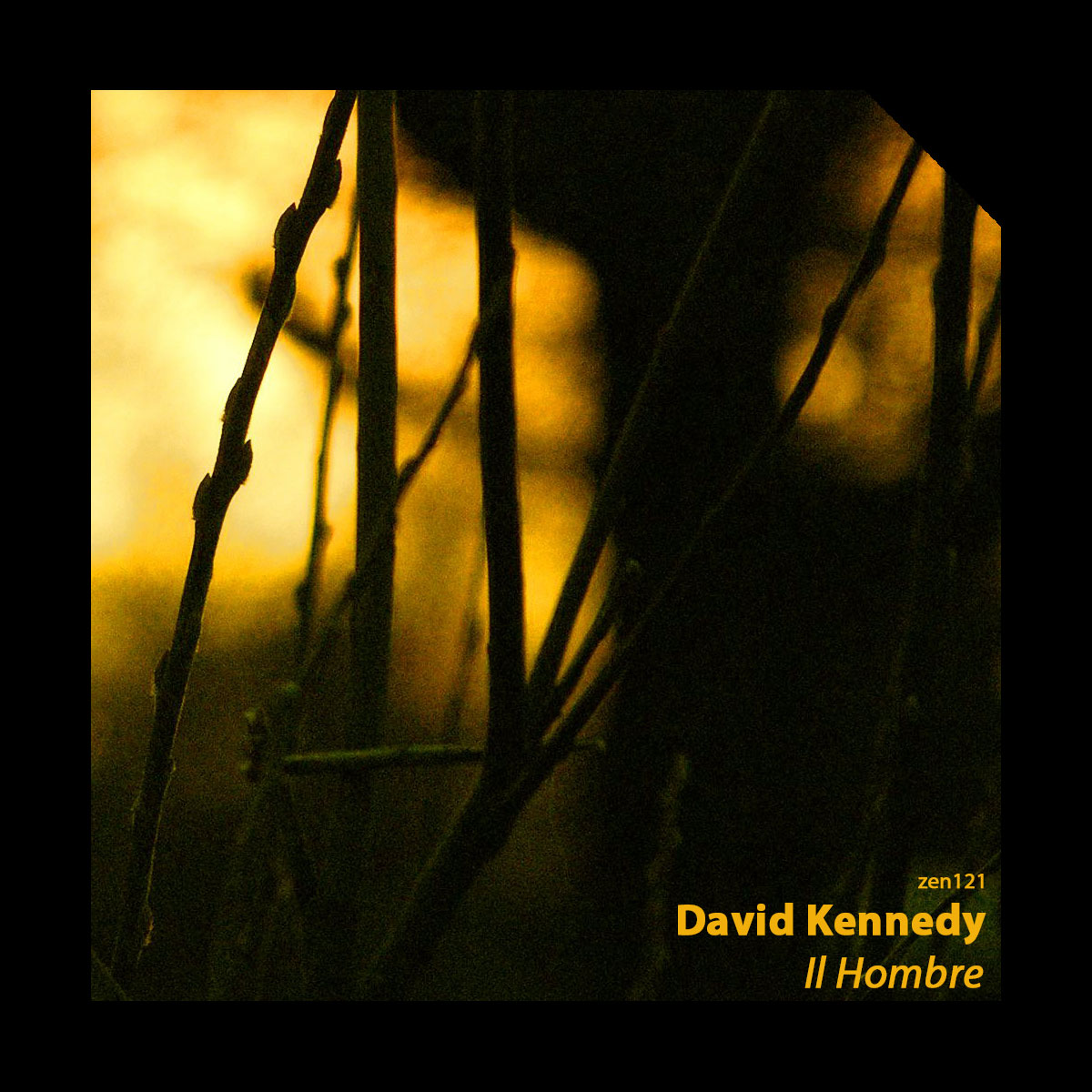 2. Yage
Yage is the secretive hallucinogenic drug that Burroughs famously tried to track down in the forests of South America.

3. Orgasm Death
Orgasm death is a repeating theme in a lot of his writings.

4. Virus
Language is a virus.

6. Music for Mugwumps
I couldn't have written an album inspired by Burroughs without using these sexually addictive creatures as an example of his imagination.

7. Cut Up Theory
Cut Up Theory is for me the most important theme of any Burroughs based study or inspiration. I find the practical use of cut up in writing literature and music personally inspiring. The spoken piece in this track is text taken from a web site explaining the cut up method that Burroughs used; then I placed this text through the 'text to speak' program in windows, and the resulting voice-over I 'cut up' electronically to produce what you hear on this track. (click here for a short essay on the cut up method)

The album is an exploration of the symbols of the words used by the American writer William S Burroughs. All the song titles use what I believe to be the quintessential essence of the author’s art of expression. The songs themselves are not based on any of Burroughs' writings, but have been manufactured as an expression of my experience of Burroughs’ thoughts and tastes. Ironically, I found myself in Interzone whilst writing the tracks, although I do believe this is a place where any author goes when creating, writing or forming ideas.

Great thanks goes out to Sue McLeod for her inspirational lyric writing and beautiful singing on Yage. I really couldn't have completed the album without her. Thank you Sue. 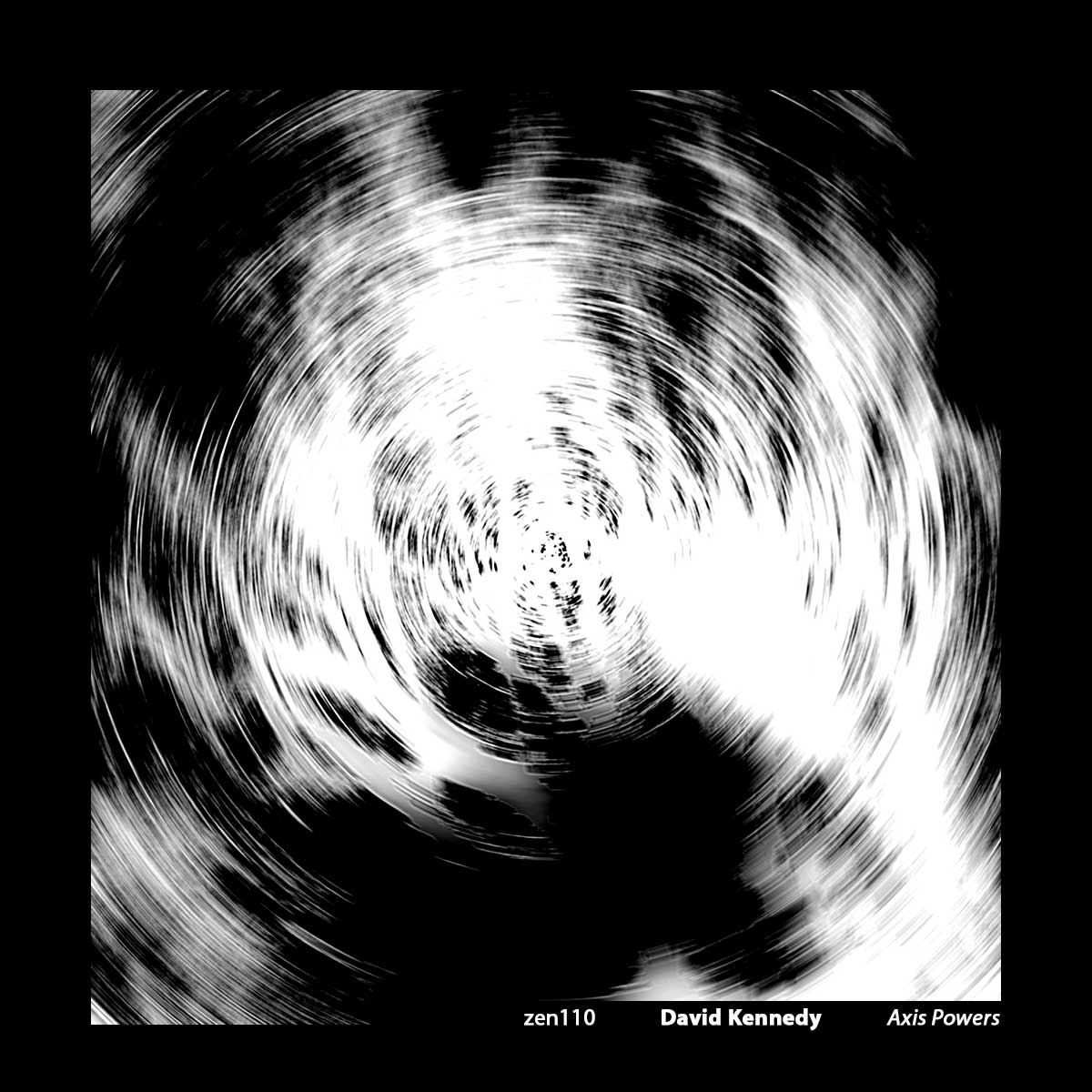 
1. Guernica
is s track about the German air force bombing a defenseless town in Spain after instructions from Franco to raze the town of Guernica for the struggle in the Spanish civil war. It was the first ever bombing raid on a civilian population by an air force anywhere in the world. It was of course made famous by the painting of Pablo Picasso.

2. Loreto
takes its influence from the Italians and the treatment of their dictator, Benito Mussolini. He was of course killed by an angry mob in the city of Milan once he had been stripped of all his powers. Him, his partner and colleagues were then hung upside down in a square in the city, the Piazzale Loreto.

3. Holocaust
is of course relating to the single most deplorable act (amongst many) of the 20th Century. It is a monstrous track, all of 24 minutes long and traces the history of Jews under Nazi rule in Europe.

4. Atomic Shadows
is a tribute to those civilians who died in Hiroshima on that fateful day in 1945. The term 'Atomic shadows' comes from the Japanese people themselves and is recorded in the book Hiroshima by John Hersey. 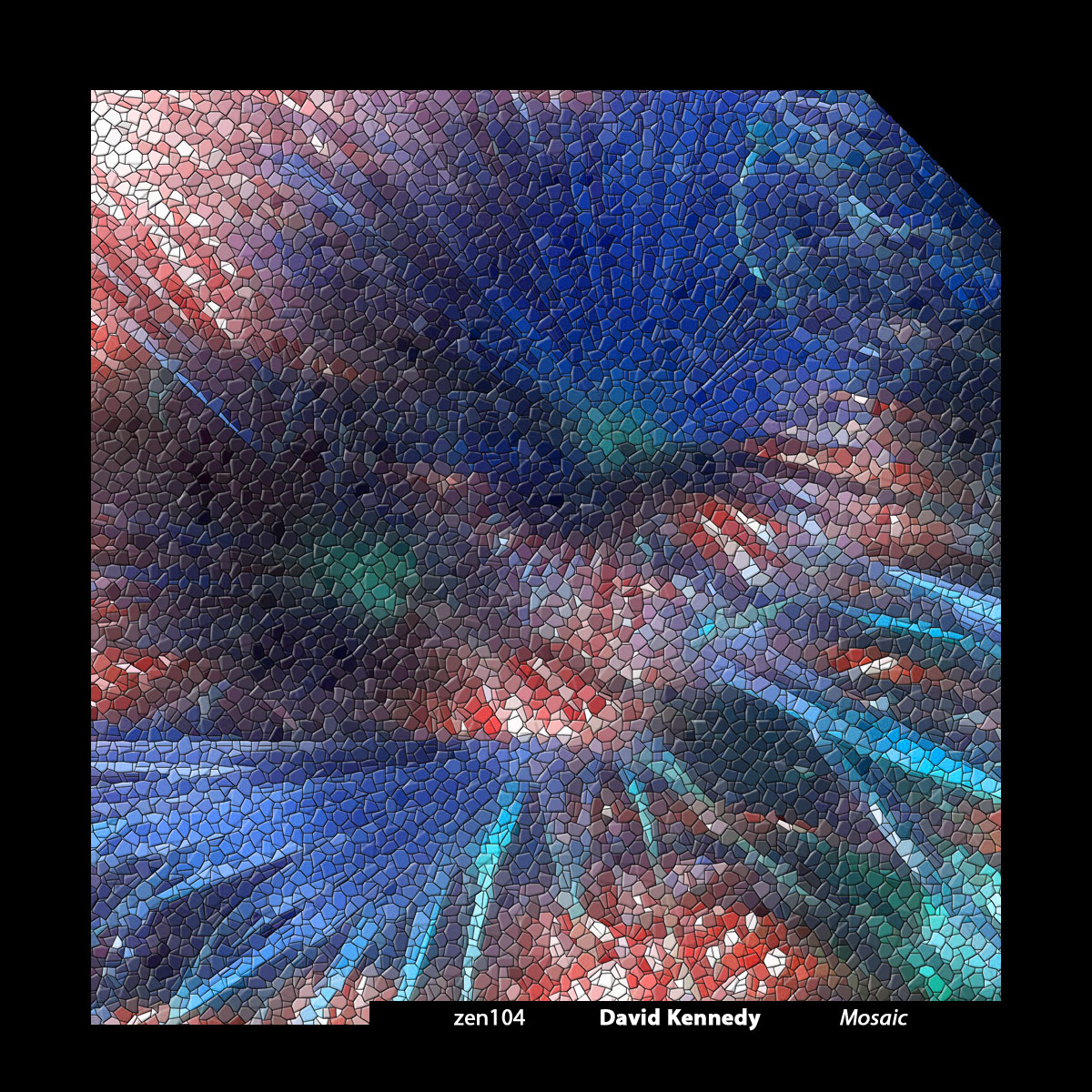 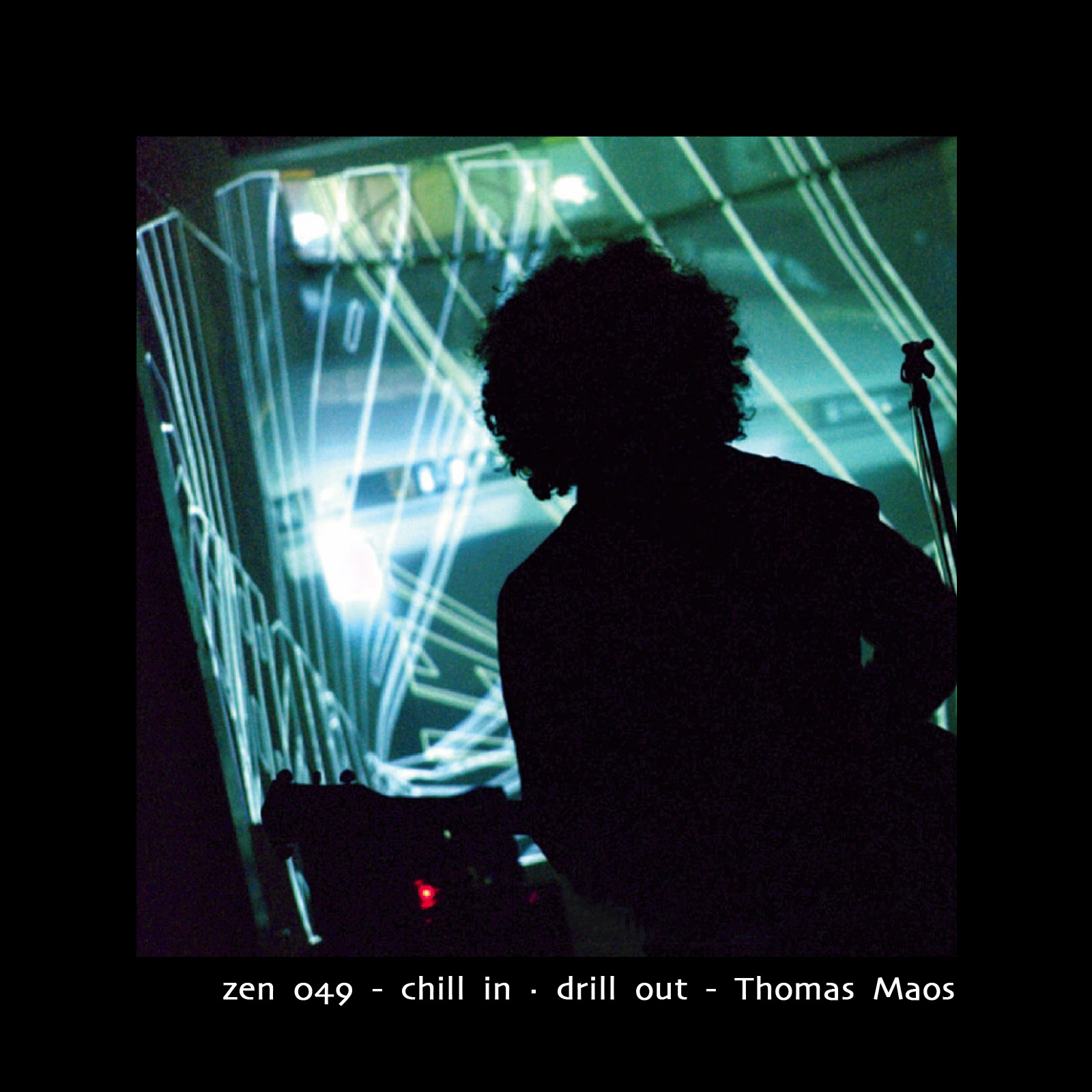 zen049 - Thomas Maos: Chill In Drill Out
Zenapolæ is pleased to present artists from